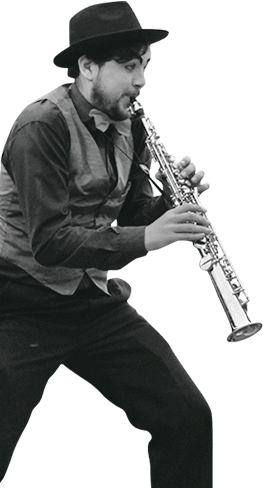 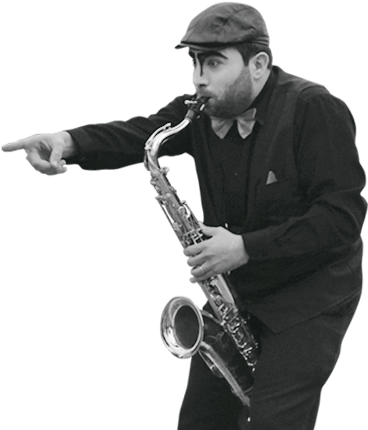 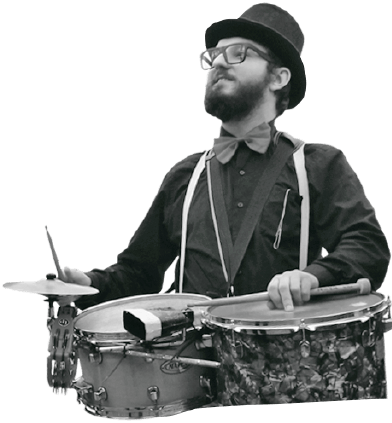 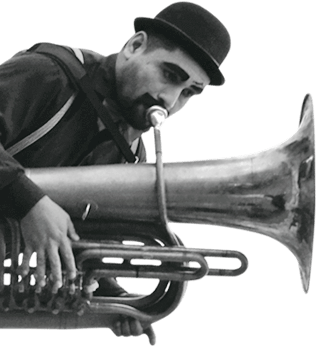 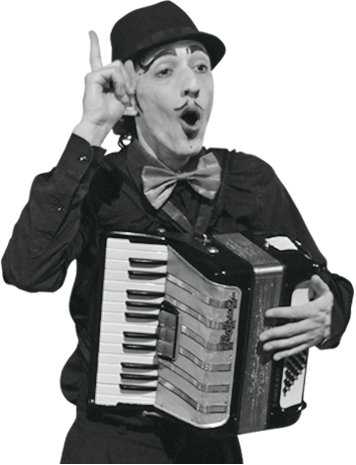 Four characters from a black and white world leave the street and burst onto the stage.
The walking percussion becomes a powerful drum and thus the music becomes spicy, the decibels rise, the Balkan melodies groove, and BOOM! The simultaneous release of caloric and sound energy that moves all the skeletons occurs.
After the shake, humor doesn’t take long to appear and again BOOM! A reply of laughter spreads on the floor.
For more than one hour you will feel the replies and you will go home (or wherever you want) exhausted but happy (or at least joyful). 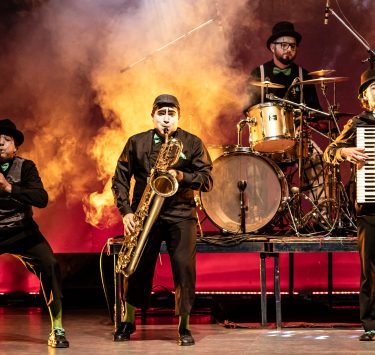 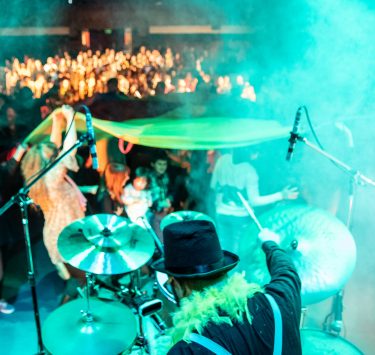 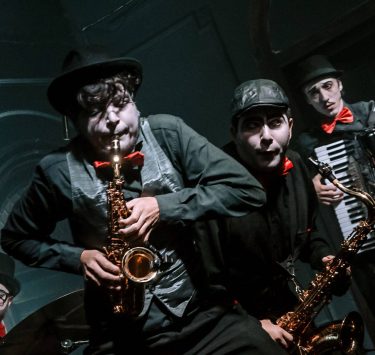 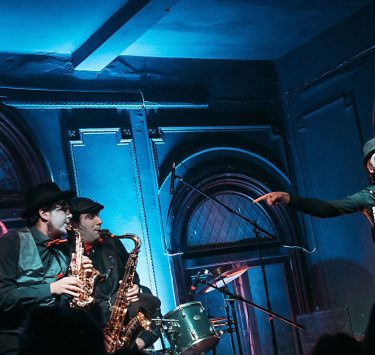 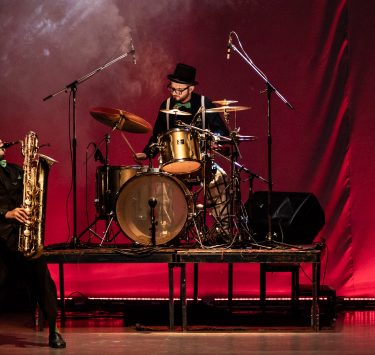 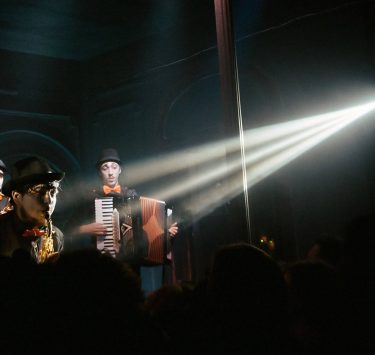 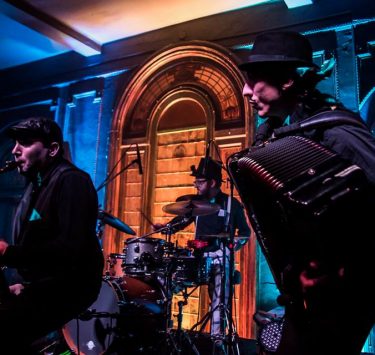 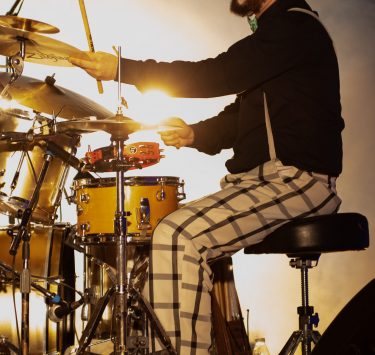